Today’s announcements are the most recent result of Docker’s increased investment in product development for application developers. Using Docker, development teams release 13X more frequently, ramp productivity with new technologies in 65% less time, and compress the mean-time-to-remediation (MTTR) of security vulnerabilities by 62%. Docker not only underpins today’s initiatives focused on app modernization and microservices, but it also enables tomorrow’s with its support for serverless, WebAssembly, Web3, and more.

Docker Extensions offer a breadth of familiar experiences that integrate with Docker Desktop so developers can speed up innovation without having to learn new patterns. Docker Extensions are built with the developer experience in mind and include official tools built by Docker and our trusted ecosystem partners, giving you the convenience and flexibility to create workflows that meet individual development needs. And with the Docker Extensions SDK individual developers and partners can unleash their creativity to build entirely new integrations.

Other benefits of Docker Extensions include:

Companies that are part of the Docker Extensions program today include:

“As more organizations use Kubernetes in production, developers are increasingly engaging with the technology but building and managing apps can be complex for those still new to Kubernetes,” said Craig McLuckie, Vice President of R&D, VMware Tanzu. “VMware and Docker share the same vision in enabling efficient developer experiences by providing the tools they need to build and run their apps, quickly and securely. The availability of VMware Tanzu Community Edition as a Docker Extension offers teams building containerized apps on Docker Desktop, a developer-friendly Kubernetes platform suited for learners and users. The convenience and flexibility of Docker Extensions makes a meaningful difference in a developer’s experience, allowing them to take advantage of new tools like Tanzu Community Edition without being disruptive to development workflows and productivity.”

The announcements made today were featured at DockerCon 2022. DockerCon brings together the entire community of Docker developers, contributors, and partners to share, teach, and collaborate in order to grow the understanding and capabilities of cloud native development. DockerCon is a highly concentrated learning experience that shows developers what is new and what is possible with Docker and our ecosystem, and how to take advantage of these innovations right away to get their jobs done better and faster. Sessions are free, interactive, fun, and are designed for flexible global consumption on the day of the event and beyond. Over 80,000 people registered to attend the event this year. To learn more visit  https://www.docker.com/dockercon/.

Docker helps millions of developers efficiently and collaboratively build, share and run applications. The Docker application development platform provides developers with an unmatched experience for an integrated, reliable and secure workflow that accelerates app delivery from code to the cloud. Through a combination of the world’s largest marketplace of trusted content and integrations with leading tools, Docker allows teams to rapidly create modern applications. For more information, visit www.docker.com 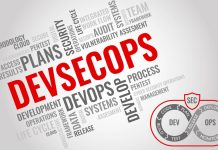 Steering Toward DevSecOps: 3 Benefits of Kubernetes

Trends in the Death Care Industry Create Opportunities for ISVs