With Rockset’s new MySQL and PostgreSQL integrations, developers can rely on their favorite relational databases for online transaction processing (OLTP), while using Rockset to power real-time analytics at cloud scale. This significantly reduces the load on the primary OLTP database, because Rockset handles the heavy analytical queries that would otherwise add significant cost and risk to the primary database.

“MySQL and PostgreSQL are among the most popular databases in the world, however developers still find them impossible to scale as the volume of data grows. They either are forced to vertically scale existing databases by adding more compute resources, or give up on them completely in favor of a more horizontally scalable option,” said Venkat Venkataramani, co-founder and CEO at Rockset. “These alternatives are painful and no longer acceptable in our cloud-first world, one where scale and speed are of utmost importance. Our new integration for MySQL and PostgreSQL is yet another example of Rockset removing the many barriers developers face when building modern data applications.”

As the world moves from batch to real-time analytics, and from analysts running manual queries to applications running programmatic queries, traditional data warehouses are falling short. Through the power of Rockset, developers using MySQL and PostgreSQL can: • Run sub-second analytical queries including JOINS with other databases, lakes, or event streams. • Achieve better database performance by isolating analytical queries on Rockset, which in turn scales horizontally in the cloud. • Power fast microservices using developer SDKs or deliver real-time reporting using one of Rockset’s integrations with visualization tools including Tableau, Retool, Redash, and Superset.

Built by the creators of RocksDB, Rockset automatically builds a Converged Index™ on any data — including structured, semi-structured, geographical, and time series data — for high-performance search and analytics at scale. When combined with serverless operations, it is a game-changing approach to making real-time analytics fast, flexible, and easy. This is revolutionary across a broad range of digital platforms and apps, including e-commerce, logistics and delivery tracking, gaming leaderboards, fraud detection systems, health and fitness trackers, and social media newsfeeds.

Rockset is a real-time database in the cloud, built by a team of industry veterans with decades of experience in web-scale data management and distributed systems at companies including Facebook, Yahoo, Google, Oracle and VMware. Rockset is backed by Greylock and Sequoia. For more information, go to rockset.com or follow @RocksetCloud. 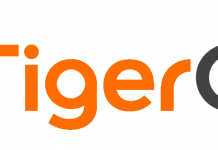 Are You Making These 6 Common Sales & Marketing Mistakes?

Cyberattacks Underscore the Need for Network and Data Protection