In the corporate world, PCs, laptops, and mobile devices can be a nightmare to manage. Patches, troubleshooting, and routine maintenance for tens, hundreds, and even thousands of devices — often deployed across multiple locations — can stress an IT department. Many companies offload this work to outside firms such as managed services providers (MSPs) and value-added resellers (VARs) who specialize in device management. To administer to thousands of devices across multiple customers efficiently, these solution providers often rely on remote monitoring and management (RMM) software.

RMM software includes a variety of features and functionality to allow solution providers to automate many time-consuming tasks such as rolling out patches and updating computers. Additionally, they include monitoring agents that proactively watch key areas of a system (e.g. disk space, processor load) for potential problems, allowing fixes to happen before costly downtime occurs.

The benefits of such software are clear and, as such, the business opportunity to get into the RMM business has been very appealing. It’s not surprising then, that the number of RMM providers increased significantly in the past decade.

In 2014, Jason Dettbarn was working for one of the largest RMM providers when he noticed a couple important trends. First, over the years, RMM software grew in capability, but also complexity. As such, he didn’t feel it was very easy for a new user of the software to jump in and begin receiving the benefits of the platform. Second, few of the leading legacy RMM platforms had support for Mac, which was experiencing increased adoption in the corporate world. With little to no Mac support, organizations were leaving key pieces of their IT infrastructure unattended.

Seeing an opportunity, Dettbarn decided to forego the comforts of working for a large corporation and launched his own company, developing a cloud-based IT management platform for Macs called Addigy.

Three and a half years later, Addigy is a small, but growing, company of 13 employees competing against companies with hundreds of employees and sometimes backed by millions in investment dollars. With fewer resources and less name recognition than the competition, Dettbarn and company have had to make strategic decisions that allow the company to not just survive, but thrive.

The complexity of legacy RMM platforms is something Dettbarn was eager to address with Addigy. “Many RMM tools bring users to a blank screen once installed,” he says. “They don’t give users clear direction on how to get started and make use of the tool.” Dettbarn sought a better experience with his own software. “We want to engage trial users immediately by presenting a wizard upon first use,” he explains. “We prompt users to add their first machine for monitoring, show them tools they can use, and show how to perform a remote session on the machine.” Rather than putting the onus on the user to figure out if the software will work well for their needs, Dettbarn wants to show users the power and ease of use of Addigy. “Our goal is to make the first moments of using the software amazing,” he summarizes.

In the RMM software business, pricing models and contract terms will vary, but Dettbarn has settled on something he thinks is very appealing to customers. There is a free basic version of the software and a professional paid version. The cost of the software depends on the number of devices being managed. With this scheme, customers only pay for active devices; if a device is taken offline, the customer is no longer charged for managing the endpoint.

Additionally, whereas some RMM providers will seek yearly or month-to-month terms, Dettbarn says Addigy has no contracts. “This is a big barrier that we’ve eliminated for customers who are uneasy about the financial commitment before knowing if the software is right for them,” he says. “However, by giving customers an easy out, we need to make sure we’re doing an amazing job to keep them around.”

For Dettbarn and company, doing an amazing job includes keeping customers happy by addressing their needs quickly and efficiently. While every ISV has a list of planned feature additions, enhancements, and fixes, Addigy has an online voting system that allows customers to see the list of proposed changes and vote on priority. “We had one instance where a feature request I personally would have classified as low importance became the most voted in a short amount of time,” recalls Dettbarn. “It was an easy fix and we were happy to do it, especially knowing how important it was to our customers.”

Maintaining close contact with customers has built a relationship and level of trust Dettbarn says isn’t common in the software world. “It’s amazing to have customers willing to share feedback on what they need,” he says. “When they see their requests turned into live features, it gives them more confidence in us and helps our retention rate.”

In addition, he admits that he doesn’t know everything. “Some Addigy customers have been using Macs for decades and have unique perspectives on how to overcome challenges,” he says. “We’re happy to hear their ideas to improve the product.”

Find Holes In Your Competition’s Game

Battling against RMM platforms as another “me too” product would prove difficult, if not impossible, for a new company. Therefore, Dettbarn was driven to make sure Addigy offered something unique. As already mentioned, being able to manage Mac devices was one area of differentiation when looking at the majority of RMM platforms. Still, there was one incumbent company that specialized in Mac management. To compete with this company, Dettbarn identified areas that company didn’t address — monitoring and remote access. While this competitor is nearly 40x the size of Addigy, Dettbarn knows that having this additional functionality is a competitive advantage he holds.

Dettbarn also found that the competition wasn’t taking advantage of SEO and blogging to win key terms on Google. By dedicating time to effective blogging, Addigy has a strong Google relevance with specific terms. So much so that the company is gaining new customers on nothing but inbound leads from the web.

In the past 12 months, Addigy has experienced 10x revenue growth, selling to both MSPs and Fortune 500 companies using the software to manage their IT assets. Despite the strong growth, Dettbarn knows long-term success will require hard work and a pursuit of continuous improvement.

As far as hard work is concerned, he’s given every employee an ownership stake in the business to ensure their dedication and commitment. As for improvement, he sees Apple’s new MacOS High Sierra as a game changer. The OS has a new file system with the ability to create snapshots of the drive. Dettbarn plans to incorporate this functionality into Addigy to give users the ability to take snapshots before patches. “In the event a patch causes issues, we can roll back the system to its last stable state,” he explains. “It will take months before the OS is widely adopted, but we’ll be ready.”

Indeed, Addigy appears ready for any challenge. By finding a niche, taking advantage of missed opportunities by the competition, and focusing on the customer, Dettbarn has proven that ISVs of all sizes can succeed, regardless of the size and strength of the competition. 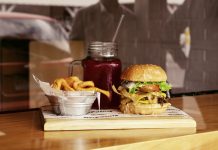 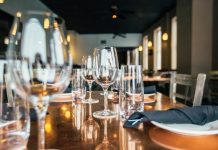 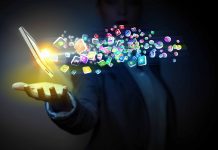 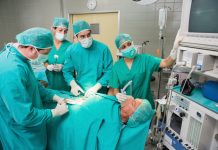 Grow your Business with Empathetic and Innovative Marketing