Rik Schennink’s entrepreneurial spark ignited 11 years ago after launching a software app in the iOS store. His app, Eve of Impact, recollected the Atari games Missile Command and Asteroids with a few critical enhancements, including a more immersive environment and a clock counting down the world’s end.

That first side project garnered Schennink positive feedback on his attention to detail and skill at creating a polished user experience. It also fueled his instinct and strategy of identifying and perfecting already-popular apps.

Armed with this mission, he turned his sights on Envato, an app store for web products, looking for successful components he could do better at. “I reasoned that if a component was popular, a way better version could be even more successful,” he says. “I had built a couple of rich UI plugins that relied heavily on animation. During my search, an image crop and upload component popped up, so I decided to give it a go, and that’s how my first B2B image editing software, Slim, was born.”

Schennink says he was pleasantly surprised by how much interest Slim generated. “The number of customers that stated they’d been looking for something like Slim for years told me there was an untapped market,” he says. “I gathered a lot of feedback, and the backlog quickly grew. But while improving Slim, I found the codebase wasn’t flexible enough to incorporate important features that customers needed.”

To solve his dilemma, Schennink developed two standalone products, FilePond and Pintura. The first, FilePond, would handle file management, and Pintura, image editing. “I initially launched FilePond as a premium [i.e., paid] component, planning to offer Pintura as a free add-on later. However, the market was already saturated with file upload components, and customers didn’t have a lot of incentive to pay for a better-looking one.” I decided to switch things around, make FilePond a free product and use it as an entry to Pintura, which would now be the paid product. This would also make it easier to set up Pintura, so it worked with other file upload libraries, attracting a bigger audience. I open-sourced FilePond under the MIT license and started work on Pintura.”

How a Free App Led to Healthy Recurring Revenue Streams

Since founding PQINA, Schennink hasn’t done any paid advertising to drive prospects to his products. Instead, he’s developed an organic traffic strategy that other software companies would do well to follow.

It wasn’t that he was against using ads to attract developers to his site. It was just that he knew his audience too well. “My fellow developers don’t like ads; they’re the hardest audience to market to. Additionally, their first instinct when they see a paid app is, ‘I can build that myself.’” With this knowledge, Schennink decided the only way to win prospects over was to show them that he’s a professional developer just like them – and he knows how to build excellent products worth buying. Here are four critical steps he followed to build an annual six-figure recurring revenue business:

FilePond was the initial “mousetrap” that led many developers to Schennink’s door. “The free app gets me in front of lots of prospective clients.” Schennink estimates that his software has been downloaded and used by hundreds of thousands of developers across software distribution sites like GitHub and his website, pqina.nl. No matter where prospects find the free product, the landing page includes information about Schennink and his paid product, Pintura.

As his business grew, Schennink started thinking about how he could make it easier for prospects to find his products online. First, he pondered the task users want to achieve with his software, “edit a photo,” which led to his search for a matching domain. “The domain I wanted, edit.photo, had recently been purchased by someone who, ironically, was planning to use my software to offer photo editing services online. After a short conversation and sharing my vision, he agreed to sell me the domain for what he paid for it, which was $3,000.”

This move would turn out to be a massive win for Schennink. “Within the first three months of launching the site, it’s been on the first page of a Google search for anyone typing in “edit a photo” or a similar query,” he says. “And now, one year since the site’s launch date, it’s averaging 100,000 visitors a month – and that’s all organic traffic.

3Don’t limit yourself to a single web domain

Shortly after seeing the success of edit.photo, Schennink purchased edit.video from Identity Digital, which was also the registrar for edit.photo. Identity Digital includes several security services with each of its domains that help protect against domain abuse and phishing attacks, including homographic attacks whereby attackers set up impersonator domains using lookalike characters (e.g., spelling G00gle.com with two zeroes). IdentityDigital automatically blocks homographic domain names that are variations of legitimate domains, ensuring none of these variations can be registered. “The site is live, and I’m in the beta phase with a video editing tool,” says Schennink. “There are a few limitations with the current product I’m working to solve, but I’m getting positive feedback, and the site’s steadily gaining SEO relevance.”

Within the past year, Schennink made another domain purchase, new.photo. “I love that while Adobe owns photo.new, my domain, new.photo, aligns with the way someone would type in a search query more naturally,” he says. “Although I currently use this domain to redirect visitors to edit.photo, I’m thinking about launching an AI image generator at this site in the future.”

One of the challenges with selling a product like Pintura is that it’s not an impulsive buy. “If you’re a developer interested in the product, you must get approval to purchase it,” says Schennink. “Even if you get permission, you must allocate a date and time to integrate the component with the product you’re working on. This can delay the purchase for weeks or even months.” So, to stay top of mind with prospects throughout the buying lifecycle, Schennink writes educational content about image editing and file manipulation. In addition, while continuing development on his products, he regularly tweets animated GIFs mixed with technical advice to keep his audience engaged, a tip he attributes to Indie game developers. “Developers will search for various terms related to editing images in the browser and stumble upon Pintura,” he says. “The hope is they’ll remember Pintura when they need a fully configurable image editor SDK.”

Schennink isn’t an overnight success story; rather, he’s an example of how persistence – and continuously learning and improving your offerings and processes – pays off. Today, over 2,000 companies use Pintura in their products, among them familiar names like Dropbox, Square and ConvertKit, generating more than $20,000 in monthly recurring revenue. Considering how quickly he got to where he is today, along with his ingenious website SEO strategy (i.e., edit.photo, edit.video and new.photo), it’s feasible his revenue could double or triple in the next few years.

When asked for his advice to other startups, Schennink says, “Lots of developers never finish their hobby projects. So don’t move on to your next idea when you’ve just built version 0.0.1 of your last idea. I know the next idea seems even better and more fun, but this will only result in a hard drive filled with prototypes.”

He says that the key to seeing an idea through to completion is telling others what you’re working on; they’ll keep asking about your project, so it gets harder to walk away from it. “Turn your idea into an actual product – it doesn’t matter if it’s free or paid. Design a logo. Build a product site. Write documentation.”

There’s more to learn from finishing a product and putting it out there for others to see than continually starting something new. 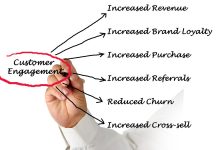 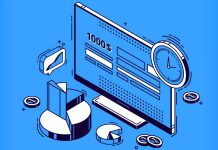 How Does your Software Align with the Hottest M&A Trends?

The Importance of Omnichannel Payment Acceptance

How is mPOS Impacting Retail Operations?