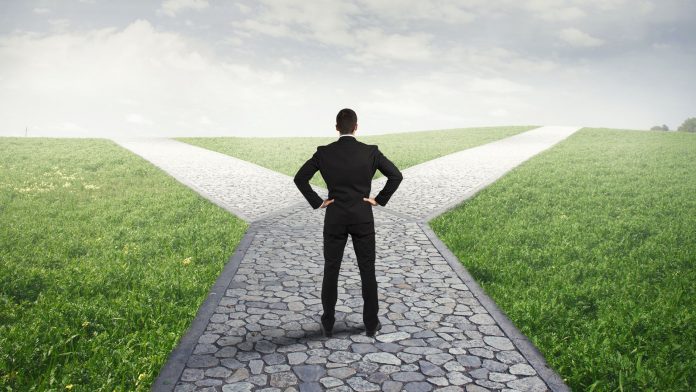 Over the past few years, certain bank card acquirers/processors have purchased independent software vendors (ISVs) in an effort to vertically integrate the delivery of integrated payments. This is effectively the same market verticalization that processors had traditionally executed for stand-beside terminals. That said, there is a significant difference between delivering a stand-beside terminal for handling payments versus a full-blown POS system for operating an entire enterprise. More importantly, the target merchant markets are substantially different for those respective products.

From Datacap’s extensive experience in agnostically collaborating with processors and ISVs to deliver integrated payments to the market, it’s clear that many of these ISV acquisitions were the result of enormous frustration on behalf of the processors in gaining the cooperation of the retail systems reseller channel to drive sought after mid-size merchant accounts to that processor. Let’s face it, dealers have to sell to merchants with at least modest sales volumes so that the account can be a profitable product sale to the dealer. By default, that is a prime target market for processors, but admittedly harder to get to for processors due to the complex systems needs of those merchants. Hence the interest in dealer relationships that have historically driven the value of the early success stories for processors focused in the integrated payments space. Those processors that understood the channel and engaged were successful with integrated payments. Those that did not engage were simply not successful with integrated payments. Will buying up the channel help those processors understand it better?

“Will buying up the channel help those processors understand it better?”

Because the processors that engaged in this acquisition process are largely publicly traded companies, or companies looking to an Initial Public Offering, they simply did not want to incur the time and cost of building out a reseller channel capable of doing a needs assessment, programming, training, and support for increasingly complex systems. So if they couldn’t build it cost-effectively and timely, they simply decided to buy it.

For that reason, I would argue that the acquirers are not really buying ISVs to get access to POS software, but instead to get access to the reseller channels that delivered those platforms.  In fact, other than processors’ early forays into tablet-based POS systems aimed at very small merchants, virtually every high profile ISV acquisition has been based on ISVs that used dealers to sell their products — when in fact, there is a significant base of very successful ISVs that sell direct to merchants rather than engaging the reseller channel, none of which have shown up in the high profile acquisitions.

In reality, any processor that buys up multiple ISVs will ultimately wind up consolidating those platforms into one software offering simply because they won’t be able to bear the cost of supporting all those software platforms. That cost is prohibitive not only from the perspective of keeping up with increasingly complex POS functionality but also the enormous cost of maintaining PCI compliance, EMV certs, and ever-evolving PIN pad integrations.  Plus, that resulting platform will likely wind up being unique to specific market segments.  What then is left apart from the reseller channels that hopefully came with the ISV acquisition?  And will those resellers remain loyal to a processer-owned software platform that may likely restrict their ability to sell systems across a broad swath of the market?

“Will those resellers remain loyal to a processer-owned software platform that may likely restrict their ability to sell systems across a broad swath of the market?”

Maybe more important – where does that leave ISVs that have not already been acquired?  You could argue successfully that the value of the ISV in an acquisition is directly related to the sales/profits of that ISV, particularly if those profits are through a recurring income model. After all, the acquiring processor is looking for the ability to flip those ISV merchants from a competitive processor to their own processing platform. But if scalability matters, then there is a tremendous value to the processor if a capable and robust dealer channel comes with the acquisition. The challenge, of course, is that dealers are not employees that can easily be put under employment agreements. Instead, they are independent business people that have to do what is right for their company and work for themselves for often personal reasons. How you do hold onto that asset? Can the acquirer provide enough value to capture that dealer and lock them into an incestuous and single threaded relationship?

As with all market disruption, and particularly in the integrated payments industry where there are so many constituents, this disruption goes well beyond ISVs. Beyond the obvious disruption for the dealers, because these acquiring companies are standardizing on one hardware platform, manufacturers (printers, keyboard, displays, all-in-one POS, cash drawers, etc.) and distributors for those products are being disintermediated, at least from the acquired ISVs that regularly purchased those products and fulfillment services.

I think it’s safe to say that that the rest of the players in the integrated payments ecosystem won’t likely roll over and go away due to the consolidation. In fact, this disruption actually opens a potentially huge business opportunity for many aggressive ISVs and the ecosystem that serves them. First, the acquirers have taken real entrepreneurial companies out of the competitive landscape. Most of the founders that have built these ISVs are no longer with the acquiring company, and that is a huge loss to the value of that ISV and an opportunity for other entrepreneurial ISVs to fill those roles.

You could argue that a processors’ financial ability to give free software along with payment services is an enormous competitive advantage, and it is.  However, it is also quite true that a merchant will pay significantly more in payment processing costs over the life of their relationship than they will pay for the actual POS system; and to lock yourself into a more expensive long-term processing agreement to get an included POS system is really short-sighted for a merchant. Our experience shows that less sophisticated merchants make that decision whereas more financially astute merchants tend to think through those issues more critically. And in the end, everyone wants to deal with astute business people because they are the ones that will endure, which is what creates the ultimate value for an ISV and their dealers – merchants that endure and are sticky and loyal.

While smart ISVs and their dealers will use those obvious long-term financial issues against processor-owned offerings, they still have to be able to offer financially accessible products in order to compete. In addition to ISVs and their dealers using tighter sales tactics against processor-owned products, I think that two things will happen. First, those manufacturers and distributors that are being disintermediated will finally start packaging their products collaboratively in ”as-a-service” offerings so that ISVs and their dealers can compete with the processors. And second, those processors that decide to remain agnostic at the ISV level will use their considerable resources to help the independents compete and remain independent. After all, their future success is based on doing just that. An argument could be made that having access to many hundreds of ISVs and thousands of dealers can easily trump having access to limited POS platforms and hundreds of dealers.

One other thing is true – we need to find a new term for ISVs that are purchased by processors. Those guys are no longer “independent” by any stretch of the imagination.  That independence remains the single largest strength for the ISVs and their dealers that remain. They just have to up their collaboration game by engaging many industry participants to affordably deliver best-in-class products and services.

What’s Included in the Cassandra 4.0 Release?

Tips for Working with Offshore Developers