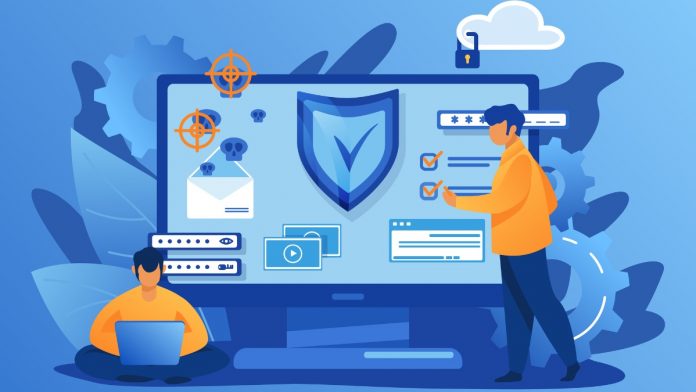 Security operations can be partly or not at all aligned with their organizations’ business needs. To accelerate business growth, ISVs must integrate their security practices with their business models. However, the speed with which the massive amounts of security alerts are generated and rapidly changing technology make managing these alerts and processes unfeasible for a team of humans alone. By adapting and shifting security left, security teams can more efficiently manage detections and align security operations to their respective business needs. Improving threat detection and response can lead to proactive risk prevention, eliminating alert fatigue, and streamlining security operations.

Evolve Past the Cycle of Chaos

Security operations have come to resemble the Mad Hatter chaotic tea party in Lewis Carroll’s Alice in Wonderland, with detections that often are noisy and unreliable; Ultimately contributing to security analysts’ burnout and dilution of confidence when trying to discern genuine malicious activity in a sea of alerts. It is an unintentional cycle of operational chaos, a cycle that is ineffective when a detection strategy is based on low-level indicators. Because the threat landscape evolves more rapidly than antivirus systems can change, identifying malicious or benign threats through code has not proven to be an effective solution for the security industry. Organizations must change their reliance on antiquated methods that many believe still work if they are poised to eliminate security bottlenecks and mitigate security disruptions.

A practical threat detection framework has been lacking in an industry that has been struggling to keep pace with threat adversaries outmaneuvering frazzled security practitioners. Organizations that have adopted signature and heuristics-based defense strategies prove to have limitations inadequately stopping threat adversaries and malware from penetrating their organizations. This happens because detection capabilities that focus on the lowest levels of the pyramid of pain, with identifiers accurately categorized as “trivial,” “easy,” and “simple,” quickly lose value. The ease with which threat actors can change the associated indicator can result in a security posture that is constantly degrading and will only hold short-term strategic value, causing security defenders to chase a constantly moving target.

Singular atomic-based detections have been the foundation for threat detection in security operation centers (SOCs). However, atomic-based detections alone are not enough – the concept has proven unreliable, yielding noisy detections with short operational lifespans. Reliance on a single identifier is no longer enough; instead, the atomic components should be structured in sequences to enable behavioral-based detection. Adopting this kind of behavioral pattern-based detection framework can help to better hone in on the attacker’s core objectives. Additionally, it provides a threat detection model that has been designed to hold its long-term strategic value, making it largely future-proof with the flexibility to modify as new TTPs are identified while also giving security teams the ability to expand and easily detect any known and unknown threats.

By triaging threat sequenced alerts, analysts immediately get a more complete picture of what threat activities need to be investigated. Multiple correlated events show a pattern of activity that warrants investigation, with each threat identifier used to provide contextual information to the analyst. This approach moves away from the barrage of single alerts that offer a limited scope with only a handful of available pivot points. For example, a one-line command, like “net group/domain admins,” is incredibly time-consuming to hunt for reconnaissance activity involving an unknown user and can often lead to a system administrator having to troubleshoot. However, a consolidation of threat identifiers into a pattern-based sequence gives an abundance of information for the analysts to triage the activity quickly.

Security teams have never been more able to create formidable detections and the consequences for not keeping up with the evolving threat landscape are dire. Through sequencing, behavioral-based detection teams are enabled to detect threats and identify suspicious network activity with high accuracy, streamlining the detection mission. Shifting security left and adapting security operations around detections can begin to help restore analysts’ confidence in alerting and providing high efficacy threat scenarios that are easy to use which enable the threat data to tell a straightforward story. Shifting security left also supports the fundamentals of security operations to ensure the organization operates as efficiently as possible and enables continuous improvement to accelerate and align to changing business priorities.

Everything You Need to Know About Microsoft’s June Patch Tuesday